Lamborghini’s stripped-out supercar is now the King of the Nürburgring.

Lamborghini’s stripped-out supercar is now the King of the Nürburgring.

Sant’Agata Bolognese, 1 March 2017 – The Lamborghini Huracán Performante has already proved its extraordinary capabilities ahead of its unveiling at Geneva Motor Show next week.

On 5 October 2016, the Huracán Performante set a new production car lap record of 6:52.01 min on the Nürburgring Nordschleife in Germany.

Following the day’s open sessions on the “Ring”, at 17.00 officials closed the track to other manufacturers. After official track checks this left just a 15-minute window for Lamborghini to make one attempt at the lap record with a production Huracán Performante, still in its development camouflage.

With Lamborghini test driver Marco Mapelli  behind the wheel, who also drove the Aventador SV to its Nürburgring sub seven-minute lap time in 2015, the Huracán Performante warmed up its tires and made its rolling start, fitted inside and out with onboard cameras and telemetry to record the car’s lap. The Lamborghini team of R&D engineers, technicians and drivers, together with Stefano Domenicali, Chairman and Chief Executive Officer and Maurizio Reggiani, Board Member for Research & Development, watched the Performante disappear into the distance of the 20.6 km track.

In the sixth minute, the car was heard heading down the long straight with just three corners to go, and its audience counting down the seconds to watch the Huracán Performante pass over the line at 6:52.01 min.

“This was an incredible and emotional moment,” says Stefano Domenicali. “Together with Maurizio Reggiani we agreed during the car’s development that with the technical and performance prowess of the Huracán Performante, not only was a sub seven-minute lap at the Nordschleife possible, but the lap record too. We wanted to achieve the Nürburgring victory in advance of the Performante’s launch, which was a challenge in terms of weather and availability of the Nordschleife. Not only did we take the lap record, we took it by some seconds!

“To make this happen is something that every one of the R&D team who worked on this car can share in: it will forever be a defining moment in their careers,” concludes Stefano Domenicali. “I am so proud of everything achieved by Lamborghini people that day and extremely privileged to have witnessed it.”

The Huracán Performante features innovations in aerodynamics and lightweight engineering that, combined with its improved power plant, its four-wheel drive system, its Lamborghini Piattaforma Inerziale and a dedicated set-up, allows superior track performance to be maximized while delivering the most engaging and dynamic road drive.

Joining the Lamborghini development team at the Nürburgring were representatives from Pirelli, responsible for development of tires specifically for the Huracán Performante: the same Pirelli Trofeo R tires available on cars delivered to owners.

The Huracán Performante is revealed officially by Automobili Lamborghini at Geneva Motor Show on the first press day, 7 March 2017, 8.55 am at the Lamborghini stand. Follow the unveiling in Geneva at live.lamborghini​​ and join the conversation with #HuracanPerformante.

For more information about the new Huracán Performante please contact Robert Rons on 604.738.3931 or email robert@lamborghinivancouver.com 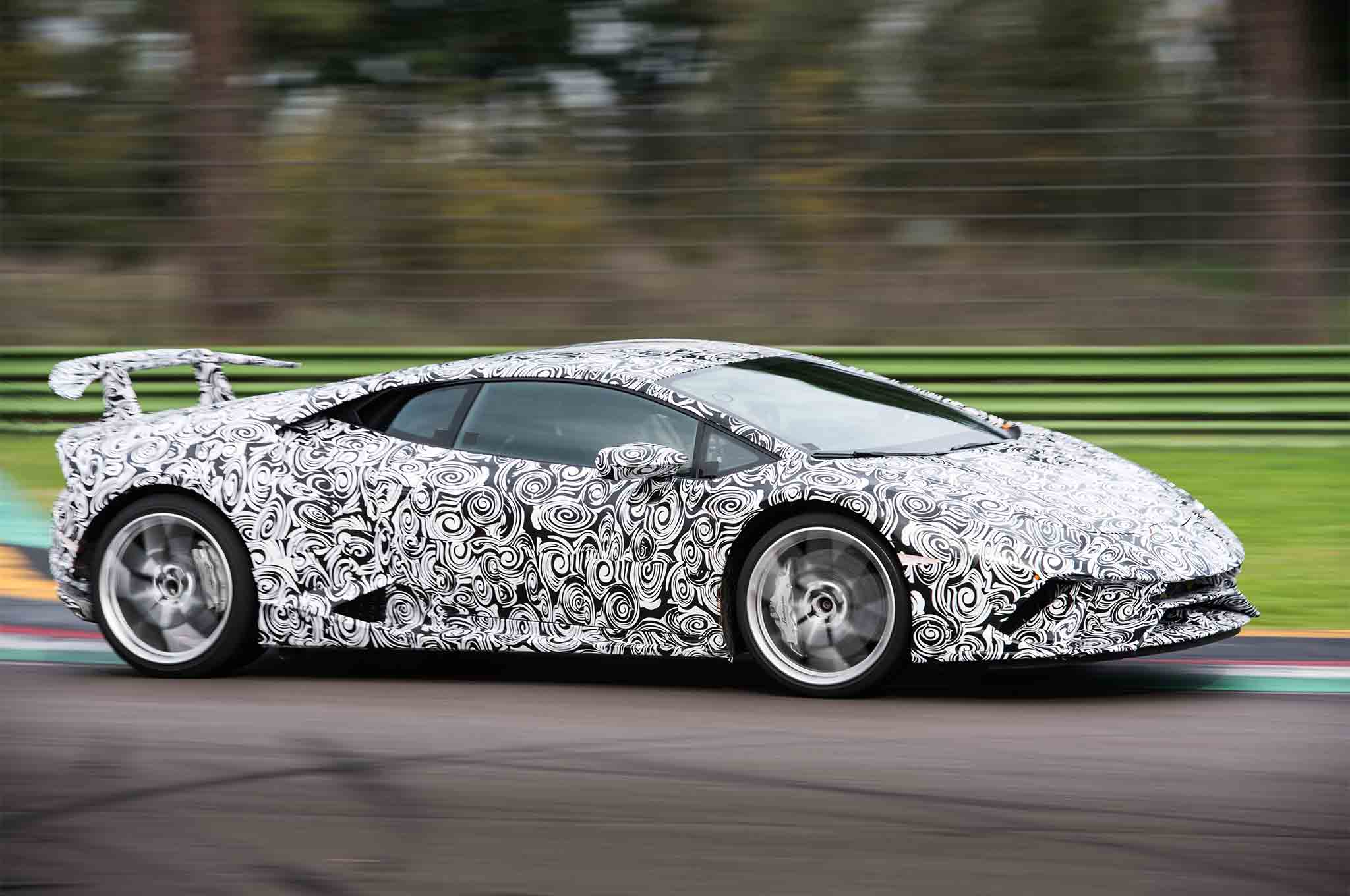